The rapid growth in China, coupled with above average growth in all emerging markets, has put tremendous pressure on the demand for natural resources.  With the China growth story expected to continue (albeit at a slower rate), the likelihood that demand for these resources will continue to pressure price is highly probable.  Controlling variable costs is therefore a critical success factor for commercial interests and supply chain management as we move into the next couple of decades.

According to the International Energy Association, the demand for energy from 2010-2030 is expected to increase by 33%.  Similar increases are seen in steel, with demand expected to rise by around 80% for the same period (HIS Global Insight) and in other resources such as water, oil, land, etc.  The net result is ultimately higher and more volatile commodity prices. 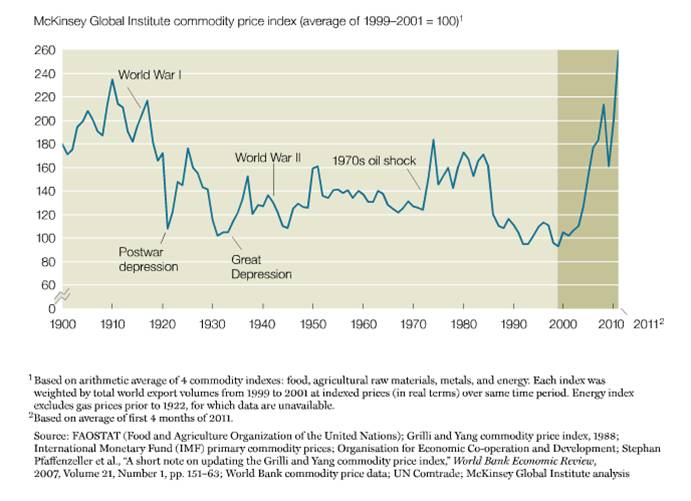 With commodity prices rising, the role variable costs play in the overall cost structure of production will become more important.  This means higher variable costs for resource constrained upstream industries.  Therefore, the ability to manage these variable costs will be the separating factor between successful, profitable companies and those that go the way of the dinosaurs.

In China, one of the factors that has traditionally put some drag on the line of increasing commodity prices has been very low wages.  Labor costs have helped companies operating in China weather the impact from rising raw materials, energy, and other inputs that have led to gross margin erosion for companies across the globe.  However, Chinese wages are on the rise.  In fact, we have seen rising prices in China since 2010, even in light of what has been a deflationary raw material environment.  Much of this increase can be attributed to rising wages. 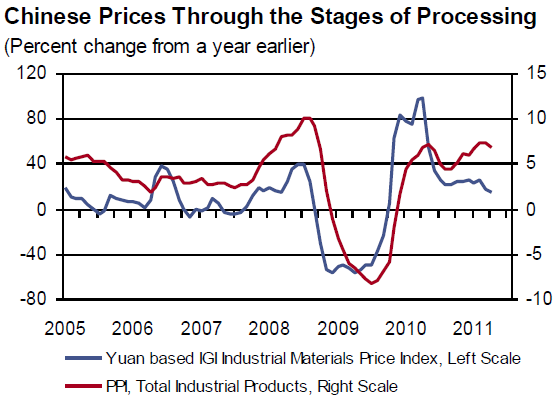 In a resource constrained world, the value creation will eventually move toward the owners of resources.  We are seeing the Chinese aggressively buy up copper, steel, and make significant investments in mining, oil and other natural resources.  They are well aware of the impact that rising variable costs will have on their upstream production.

Like the Chinese government, companies can also increase their operating leverage through fixed asset investments aimed at reducing variable costs and/or improving resource productivity that will help lessen the impact of rising commodity prices.  However, this is a risky strategy in the event revenues do not increase.

So if you can’t own the actual resources, the next best thing is to insulate yourself from the volatility.  The only way to do this is to move further downstream to produce higher value added goods since more finished products show only a fraction of the volatility of raw material inflation.

IHS Global Insight (Pricing and Purchasing Modeling Methodology and Data Sources. 11 February 2011) ran a regression analysis on the impact of a 10% increase in various inputs on the price of finished goods.  It offers a good look at some hypothetical supply chains and how raw material prices filter downstream.

We can see that for a 10% increase in raw steel, the effect on fabricated metals would be only 1% vs 0.25% increase in finished machinery.  In looking just at the producer price index data of the United States, IHS Global Insight found that “when core raw materials prices increase by 10%, the corresponding rise in core intermediate materials is only about 2.0% on average. The price dilution from intermediate to finished goods is also about five-to-one, implying that, on average, a 25% increase in raw materials costs filters downstream as a 1% increase in the pricing of final goods.”  Thus it is evident that the further a company is downstream in the supply chain, the lesser the impact from volatility in raw materials pricing.