Over the past 15 years, Asia has experienced incredible growth. China moved past Japan in 2010 to become the world’s second largest economy, with an annual GDP of just under $6trn. Only the US, whose aggregate output was around $14.7trn in 2010, remains larger than China.  Similarly, India jumped over Canada in 2009 and Spain in 2010 to the ninth position, with a GDP slightly over $1.6trn. 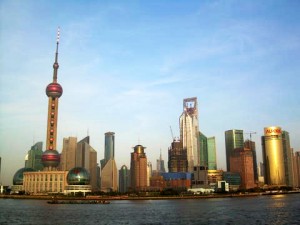 More impressive are the growth rates of Asian economies, which are expected to continue over the next several years. Rising prosperity will lead to consumption growth and this presents a variety of opportunities for inventors, manufacturers, retailers and wholesalers wanting to tap into these high growth markets.

The large manufacturing base in Asia, especially China, has been steadily building. Public and private Research & Development Centers have exploded in recent years and through this investment in R&D, more capital intensive industries will be able to look to Asia as a viable sourcing alternative.

For inventors and manufacturers who are looking to tool new items, often the cost of doing so is far more competitive in Asia than in other parts of the world. Yet, there has been a high degree of skepticism around Asian technical integrity in the tooling process until recently. Even though R&D investments have improved competitiveness in capital intensive industries, comparative advantages in tooling are most pronounced for labor intensive products (e.g. plastics, fabricated parts), where cost savings can be achieved due to competitive wages.

With prosperity, there has been a rise in wages and a growing middle class that has also put pressure on prices. As the Chinese economy began to open up several decades ago, the industrial concentration in large coastal regions has begun to spread out into second- and third-tier cities, where an abundance of natural resources (e.g. iron ore), inexpensive labor and low property values have made these locations of production highly competitive.

While this industrial migration is opening up new sourcing opportunities for companies across the globe, it also presents new challenges.  Inland China’s poor infrastructure, differences in business practices from larger cities and local governmental influences all contribute to a new dynamic that is often not well understood by companies used to trading with entities in the coastal regions.  These differences and the importance of relationships (or “guanxi”) are some of the most important reasons for having an experienced partner with a wide reaching network in your corner when trading with China.